The journey of Bølgeblikk (Waves)

The journey has been amazing, since we filmed it two years ago. A little while back Indie Activity interviewed me about the film.

Bølgeblikk has won two new awards – eight in total. At Prague International Film Awards it won Best Indie Short Film. Unfortunately I was not able to attend the screening and event at Kino Pilotů in Prague.

It was an honor to be nominated for The Accolade Global Film Competition 2021 Humanitarian Awards, and then to learn that I had won the Honorable Mention. “Your production was hand selected by our judges and staff, from the entire pool of entries to the competition throughout 2021, as a film that represents both the spirit of humanitarianism combined with quality filmmaking craft.”

I’m also very happy to announce that Bølgeblikk is an Official Selection at Marina de Rey Film Festival, and will be screened in Los Angeles in June. 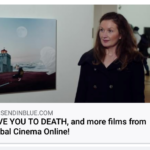 Previous Story:
All my short films on GlobalCinema 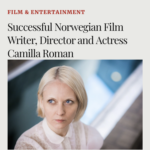 Next Story:
Article in Daria! Magazine