Scrips and projects in development

My feature film project “Elsa” was selected to pitch at The Norwegian Film Festival in 2015, and was part of the European Screen Writing program Sources 2 at FilmCamp, in 2016. The script for “Elsa” is completed (both Norwegian and English version), searching for producers.

In development is Norwegian TV-series “Restart”, a dark comedy about two women, whose lives falls apart. Searching producer for this project. Contact me for mini-pilot, series outline, and draft of episode 1 and 2.

In development is also “Agnes & Mia”, an American feature film, about two detectives investigating the murder of an old friend.

See below for info about my short films. 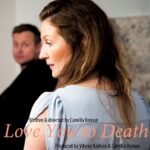 Elsker deg til døde/
Love You to Death

Distributors are GlobalCinema.online and MY Spotlight Independent. The film is available worldwide on
Amazon Prime Video (UK and US) and Google Play.

For Norway search for Elsker deg til døde, for other countries search for Love You to Death.

Elsker deg til døde/Love You to Death on Facebook

Elsker deg til døde/Love You to Death on IMDb 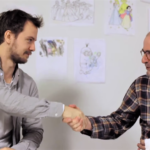 Premiered at Kortflix at Caféteatret, and was screened at Grønnskjerm at Vega Scene, and Du vet aldri at Gråbein, in Oslo in 2019.

The film won Best LGBT Short at Accord Cine Fest and at Point of View Indie Film Awards, and was Runner Up at Canadian Bridge Fest.

The film is distributed by and available on globalcinema.online 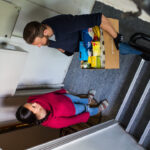 Waves is distributed by and available on globalcinema.online