On July 12th, I was featured in Dagsavisen’s online edition, and the following day with a double page in the paper edition, and on the front page. We talked about Waves (Bølgeblikk) and it’s film festival successes, about my new projects and my acting career, including Coda KORK and my upcoming feature film starring role.

And on July 14th, Eric, actor in Waves (Bølgeblikk), had an interview in paper ØP, talking about our film. 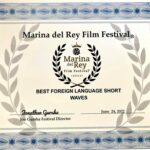 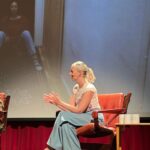